See you on next year's JanuaryBlog

How many hackers does it take to make the bloody sound work? ¶

DavidWoodhouse was kind enough to take a picture of Ivan, Michael and myself half an hour into our failed effort at fixing the amplifier at Michael's place.

Also check out our featured video: 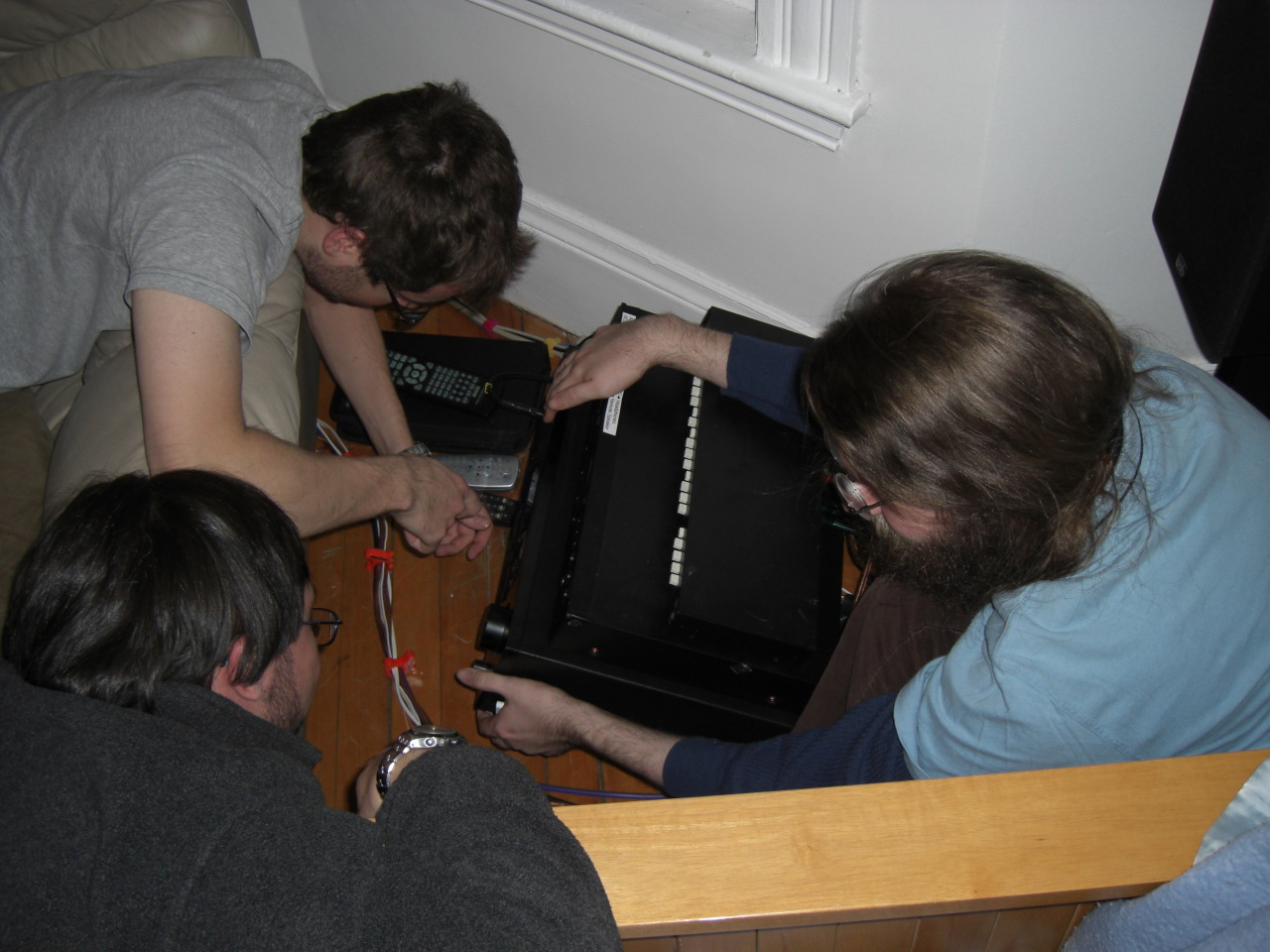 Yesterday the temperature dropped considerably: -9°C in the night. I'm well equipped, but it's still quite chilly.

Today fell the first snow of the year... And more is forecasted over the next two days.

The guy in the picture is my colleague Ivan, the designer of our security system.