On War and Peace ¶ 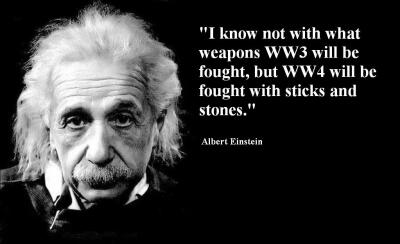 "An eye for an eye makes the whole world blind."
— Gandhi again

"I believe that unarmed truth and unconditional love will have the final word in reality."
— Martin Luther King, Jr.

"I only know one race: the human one."
— Albert Einstein

"Nationalism is an infantile disease. It is the measles of mankind."
— Albert Einstein

"Blind belief in authority is the greatest enemy of truth."
— Albert Einstein

"Don't pay attention to "authorities," think for yourself."
— Richard Feynman

On Philosophy and Religion ¶

"Taken on the whole, I would believe that Gandhi's views were the most enlightened of all the political men in our time."
— Albert Einstein

"All religions, arts and sciences are branches of the same tree.
All these aspirations are directed toward ennobling man's life,
lifting it from the sphere of mere physical existence and leading
the individual towards freedom.
— Albert Einstein, 1937

"Education is the most powerful weapon which you can use to change the world."
— Nelson Mandela

"Mainly play the things on the piano which please you, even if the teacher does not assign those.
That is the way to learn the most, that when you are doing something with such enjoyment that you don’t notice that the time passes."
— Einstein to his son

"Do not keep children to their studies by compulsion but by play."
— Plato

"If you want to be creative, stay in part a child, with the
creativity and invention that characterizes children before
they are deformed by adult society."
— Jean Piaget, pioneer of Constructivism

"I think by far the most important bill in our whole code is that for the diffusion of knowledge among the people.
No other sure foundation can be devised for the preservation of freedom and happiness...
The tax which will be paid for this purpose is not more than the thousandth part
of what will be paid to kings, priests and nobles who will rise up among us
if we leave the people in ignorance."
— Thomas Jefferson to George Wythe (1786)

Constructionism can't scale in school because of the prohibitive nature of narrow curriculum standards and even more narrow assessments.
Since funding to schools is dependent on high scores, the schools will only ever teach to the test.
A radical undoing of the current education system and funding mechanisms must be overhauled in order for constructionism to flourish.
— Mark Barnett 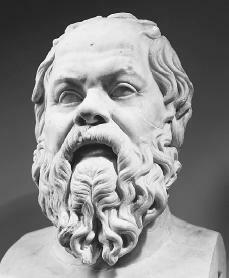 "I know nothing except the fact of my ignorance."
— Socrates
"Facts are stubborn things."
— John Adams
"What can be asserted without evidence can also be dismissed without evidence."
— Christopher Hitchens' razor


"You don’t get to say you’ve proved something if you haven’t explained it.
A proof is a social construct. If the community doesn’t understand it,
you haven’t done your job.”
— Cathy O’Neil on Mochizuki's impenetrable proof of the ABC conjecture
“At times I feel certain I am right while not knowing the reason.
When the eclipse of 1919 confirmed my intuition, I was not in the least surprised.
In fact, I would have been astonished had it turned out otherwise.
Imagination is more important than knowledge.
For knowledge is limited, whereas imagination embraces the entire world, stimulating progress, giving birth to evolution.
It is, strictly speaking, a real factor in scientific research.”
— Albert Einstein, 1929


On Living a Good Life ¶ 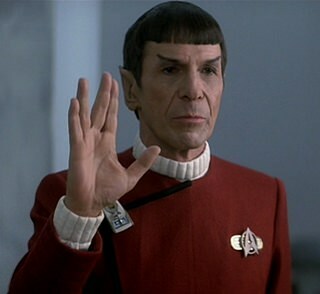 "Try not to become a man of success, but rather a man of value."
— Albert Einstein

"It's not the daily increase but daily decrease.
Hack away at the unessential."
— Bruce Lee

"Let no one ever come to you without leaving better and happier."
— Mother Teresa of Calcutta

On Showing up to meet His Majesty King Edward VII of England in just a loincloth,
a reporter wondered aloud if this was disrespectful to the king. Gandhi replied simply,
"The King was wearing enough for the both of us."
— Gandhi trolling :-)

Looking at a mass of goods for sale: "How many things I have no need for!"
— Socrates' take on Athens' rampant consumerism, circa 400 BC

Every man can tell how many goats or sheep he possesses, but not how many friends.
— Marcus Tullius Cicero